This can be legitimately considered as “immersion” on its own if we were satisfied with defining immersion as “plunging the subject in a different milieu”.

Cinema and stereoscopy, augmented reality on tablets or phones, video games or even smart rooms, oppose to immersion the same harsh limitation which is the screen, and therefore do not qualify as “immersive environments”.

However, defining what is an immersive environment leads toward conceptual vertigo.

Some may argue that it can only relate to a completely virtual environment (our best guess might currently be a digital environment), which would -unlike state of art technologies- immerse our whole body of perception; be a complete synthetic sensorium.

Indeed, 360 settings, as found in immersive theatre, most LARPs, museums, period rooms or art installations still relay on a crafted matter, are subject to physical laws as we know them and therefore are limited in their means to affect our senses and our system of references.

(Again, I won’t ask if there’s a difference between feeling reality and being in a reality that feels the same!) 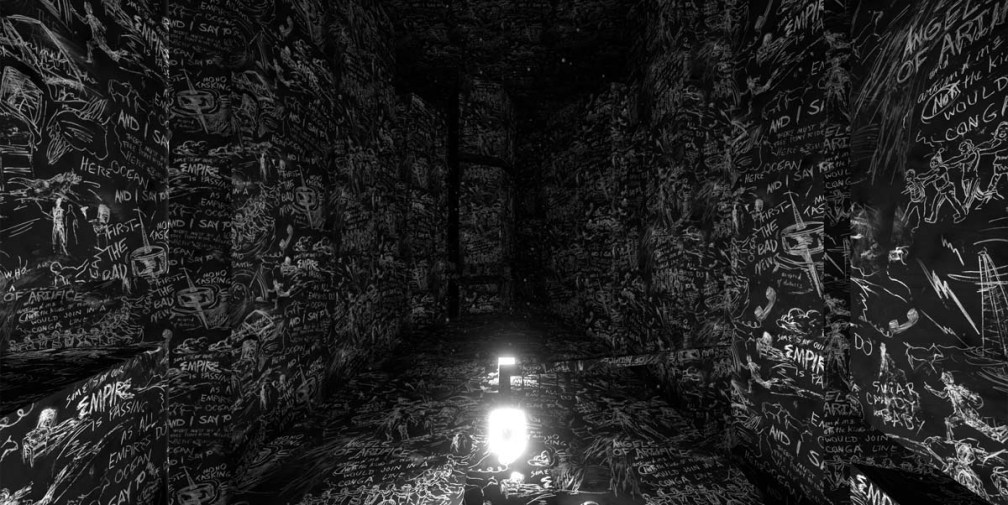 Some might, on the contrary, state that we aren’t limited to our cognitive self, and although our perceived environment also has an immediate and growing influence on our system of conjectures, being dipped in virtual reality doesn’t erase the wider concept of presence, our images-souvenirs (which relates also to, say, sound) or memories (which involves our sensorial memory) or our knowledge of language, which shapes our interpretation of the world.

Here, we can open the door towards a new definition of “immersion”, which follows on Bruno Trentini’s work: immersion could be the reconfiguration of our subjective interpretation of the world (or what Husserl calls life-world), as to integrate such duality.

Similarly, it is interesting to reflect on the use of tools or projects and how it engages other layers of ourselves than the cognitive one. This will be further developed in articles relating to mechanics of interaction.

Because it is currently impossible to achieve a perfect cognitive immersion, I believe it is all the more irrelevant to treat it as an “immersive environment” on its own.

I will, therefore, use the term “environment” as the basis of the pyramid, to describe the general system that enables the implementation of cognitive immersion as well as project and tool-based absorption.

Perhaps does art lay in these ambiguous layers of understanding; between illusion, absorption, ungraspable gusts of lucidity and complete, free, exploration. In all cases, I believe virtual reality will be a wonderful playground as to explore philosophical ideas, such as the social self or the situated cognition.

To come: Immersion, Mesology and VR

Follow SYNPEIRA – rants that document the progression of my research / game design & artistic intensions on WordPress.com

Care for some music?